It was just before an appointment with WC Clark down in the bowels of Gruene Hall the other night that I found myself smack-dab in the middle of another gol’ dern gun debate. Well, that’s not exactly true since the topic didn’t come up innocently. Believe the conversation went something like this:

So naturally, we talked about the gun shit in a comfortable setting over a beer, then enjoyed a few more beers listening to the band. We agreed on what we thought would be the least expensive “solution” for starters, and agreed it would satisfy neither the hardcore group that wants to just get rid of all guns nor the United States of by gawd America Congress that has shown no resolve greater than for taking the most expensive route which also further cuts into the liberties of your normal average everyday law-abiding taxpayer.

That old quiz show The $64,000 Question, which was on when my drinking/blues-listening buddy and I were both still in diapers, also came up as a result of us both noting that nobody has really asked the toughest question of all. No one, that is, outside of the do-nothing folks that have already suffered defeat. Sorry, thanks for playing, tell ’em what they’ve lost, Don Pardo. Something is going to be done, bank on it.

How Much Are You Willing To Spend?
There are a lot of reasons why this question is the toughest of all. One of the worst insults I’ve taken this past week or so was for being insensitive even thinking about money in the solution, somehow putting a dollar value on the life of a child.

The insensitive part is true, as far as being a fairly cold, tactless and abrasive sum’bitch some of the time. I’m working on that. Constantly.

But a guilt trip putting money before a kid, or any other life for that matter? No, you can call me a lot of names, many of which are accurate. You can hate every team I root for, and I don’t blame you. You can borrow my DVDs, CDs, books and tools never to return them, and I’ll respect you as a friend. But if you don’t know me well enough to understand how much I can’t stand any type of cruelty to kids and animals, then you don’t know me at all.

The least expensive plan we came up with was formalize one federal law for gun purchases, close the loophole at gun shows, for example, all sales have to be recorded electronically (registered credit or debit card that has already required a proof of ID), implement a 15-day waiting period for any transaction both physically and financially, let’s start there and see what happens.

But Wait! If You Act Now, There’s A Bonus Offer!
The real $64 billion question…no wait, that’s not enough. The real gozillion dollar question is how it all will be eventually priced out when whatever comes down the pipe makes it through the next US Congress. Is that insensitive enough for you?

Mental health will be the focus, along with guns that shoot really fast. The new ‘gun czar,’ if I can be so insensitive, will most likely report to the Department of Homeland Security, and we all know how some of that has gone at airports.

The mental health bit the past seven days brings up another question we had last night: How the hell is it that a thousand or more companies can allegedly compute my credit score, but the pork-filled federal, state and local governments can’t already keep track of people who have met some mental illness definition or another?

Of course, the answer is how deep the pharmaceutical companies are into the pockets of the same folks about to set the gun laws. But that’s another story for another time. Everyone have a very safe and happy holiday.

About the Author: A crotchety old man since his birth during Gen. Eisenhower’s first term as US president, Willie B. Lakey resides in the bee-yoo-tiful Texas Hill Country along with his wife, too many cats and his beloved beer fridge. Employed as an overworked and underpaid freelance sportswriter, his few moments of happiness usually come when communing with critters, tending his garden or sippin’ cold beer and enjoying tunes at Gruene Hall. 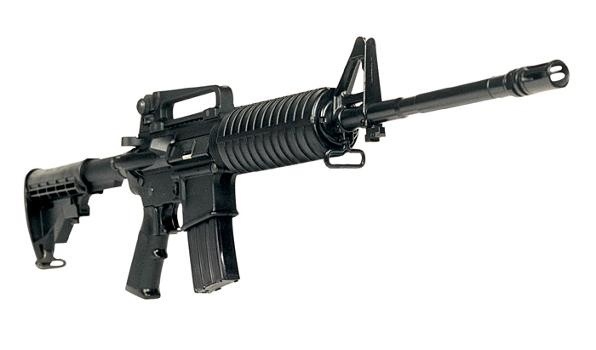