the action of regaining or gaining possession of something in exchange for payment, or clearing a debt.

A little over seventeen years ago, I walked out of Bayview Correctional Facility in Chelsea, Manhattan, a free woman. It’s hard to believe it’s been seventeen long years since I was released, but time doesn’t lie; in fact, it’s probably one of the only things that doesn’t. On one hand, that day seems like it was a lifetime ago; on the other, it’s like it was only yesterday. With each year that passes, I am beginning to understand more and more just how much those two years in prison have shaped me—and will probably continue to shape me—for the rest of my life. 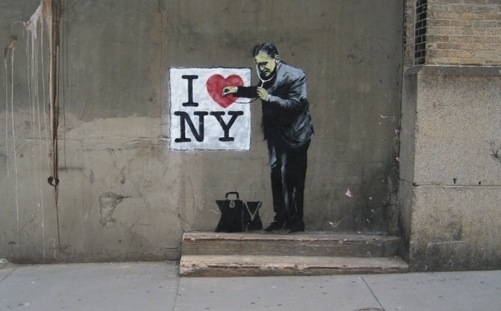 Recently, while riding around NYC hunting down works left by the famous street artist Banksy, I happened to pass the building I once called home. At first I didn’t even recognize the place, but I caught it out of the corner of my eye as I went whizzing by. For a brief moment, I was in awe of the large, foreboding structure, and it instantly struck me that I was looking up at the brick building from a vantage point I had never seen before. For the remainder of the day, I was left with the feeling that I had experienced a very profound moment in my life: my past had been suddenly and unexpectedly thrust in front of my face. All of those times I had spent daydreaming of happier days to come while staring out the window onto 11th Avenue—well, those days had actually arrived. I was living my life a “free” woman, enjoying the beautiful fall weather, finding treasures left behind by Banksy on the streets of NYC. It certainly doesn’t get much better than that. There was a certain level of pride I felt, knowing I had survived that dank, old, dirty, smelly building. It was a very powerful moment, and in the weeks that followed I spent a lot of time thinking about the young woman who had once walked through those heavy steel doors, her hopes and dreams trailing behind her.

Sometimes I think I spend way too much time reflecting on that part of my life; but living in limbo with all the time in the world to think about the things you would do if only you had a second chance…well, that changes you on a very profound level. There are the silly little things that you will never again take for granted, no matter how much time passes. For instance, to this day nothing pleases me more than knowing I can just hop in my car and run to the supermarket when I am running low on something as mundane soap.

Who knew soap could be such an important part of one’s happiness? I mean, how many people really grab a bar of soap in the morning and fully appreciate it? I do. My husband finds it odd that I will save all the small pieces that others would likely throw in the trash and mush them together to form one “glob” of soap. I then use the entire, mushy mess until it’s completely gone.

Mike and countless others have probably never had the experience of running out of soap in the middle of July with no other choice but to barter their cigarettes or honey buns away for it. If they had, they would know that leftover soap is way better than no soap at all. And while “State Soap” was always at the ready, anyone who has ever been in the system knows that stuff will wreak complete and utter havoc on your skin.

Waste becomes your arch enemy in prison, and to this day I am disgusted with myself if I have to throw away even the smallest amount of food. You come to learn that everything has an alternative use, and while I have never had to make a sandwich with my iron or die my hair using Kool-Aid in the outside world, there is a certain amount of satisfaction in knowing that I could. Even “State Soap” has an alternative use—turns out it’s a most excellent implement for washing your undergarments while in the shower (which is something else I am most grateful that I no longer have to do).

On a bigger scale, and one of the more intense ways in which I was changed during that time, were those long, solitary nights when I would lie in bed, wide awake, pining over the person I knew I was capable of becoming, dreaming of what my life would be like once I was “free.” Although I did realize on some level that I might never actually achieve my dreams or reach my full potential, it was the possibility that had become such a powerful thing. “Possibility” turned into my driving force, it was what got me up in the morning, and it was the only thing that gave me hope.

To be clear, my life while in jail had not totally stopped. There were personal achievements that I accomplished during my time away, but for the most part I didn’t get to share in those triumphs with my loved ones, and that definitely sucked. Even though there can be a strong sense of “family” among inmates, it never filled the void or replaced having my mother in my life. I still remember how proud I was the day I read the speech I had written for AIDs Awareness Day. As I read it in front of the packed gym, I so wished my mom could have been there to see the standing ovation that it garnered. It was a very proud moment, one that I will remember forever. Pleasing a packed room of prisoners is a lofty feat.

It was also while in jail that I came to the understanding that I both needed and wanted to do greater things with my life, to learn to live in a way that would be less selfish, possibly even be of service to others. I knew, and still know, that I have a lot of “making up” to do. There are things I will never be able to change or take back, no matter how much time passes, but that doesn’t mean I can’t make the rest of my life count. I can still do good things, and I hope one day to look back knowing I did great things. I am nowhere near where I want to be, but hopefully I’ve still got plenty of time to get there.

By no means has this been an easy ride. Things have never been easy for me, but after seventeen years, I feel like I am finally on the path to becoming the kind of person I want to be remembered for. Don’t get me wrong. I am still a shitbird. I am just a “trying to be more socially conscious, less judgmental, open-minded” shitbird.

I’d be lying if I said I have not lost some friends along the way, but I have learned to accept that loss is also a very important part of the process. Would I have done things differently, given the chance? Definitely. But I can’t dwell on those things or beat myself up over them anymore. People make mistakes, we say things we regret, we fuck up in the worst of ways; but the best thing we can do is brush ourselves off, apologize when we can, and move on.

I would be naive to think that my “politics” and activism won’t continue to rub some people the wrong way, and even though I am more than capable of going out and having conversations discussing neither, it is nice to have friends who are on the same page as me, both philosophically and politically. Thankfully, I have met plenty of them in my travels.

I recently received a beautiful text from someone I consider to be a very important and positive force in my life, the host of the radio show I work with, Scott. He basically said, “You are correcting your karma and creating new possibilities,” and it got me to thinking—while I may not necessarily believe “redemption” is a possibility for someone like me, it is comforting to know that I am holding true to the promise I made to myself all those years ago in prison. I am still striving to make a positive difference in this world, and I am still quite hopeful that one day, I will. 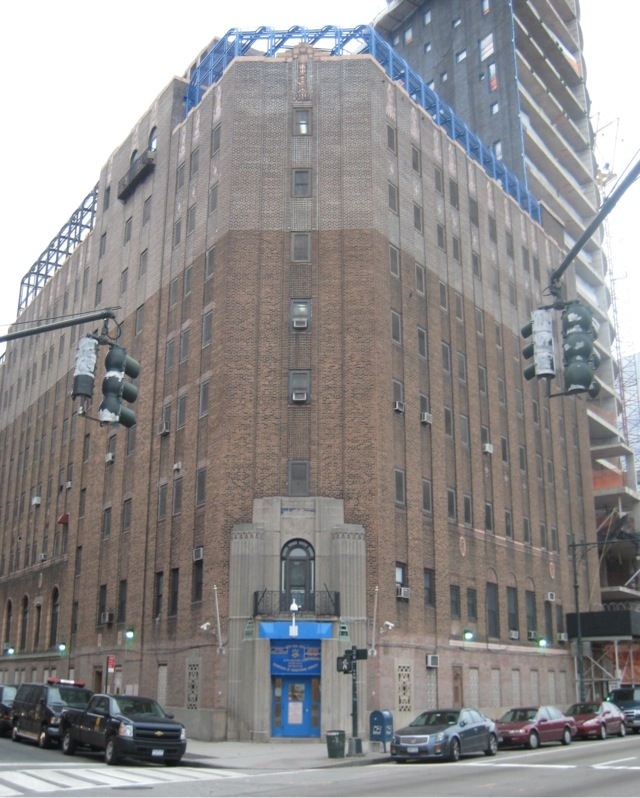 7 thoughts on “The Long Redemption”