Daniele Bolelli is an Italian-born published writer and contributor to such publications as the Journal of Asian Martial Arts, an accomplished mixed martial artist, university professor (UCLA & other higher learning centers), and popular podcaster who has created such entertaining and informative productions as ‘History on Fire.’  On The Warrior’s Path is Bolelli’s first book publication in the United States (Blue Snake Books/Frog Ltd., North Atlantic Books, Berkeley CA, 2003).

Learn more about Bolelli and follow him here:  http://www.danielebolelli.com/

Check out one of my favorite ‘Dan Carlin-esque’ Bolelli productions, History On Fire, here:  http://historyonfirepodcast.com/ 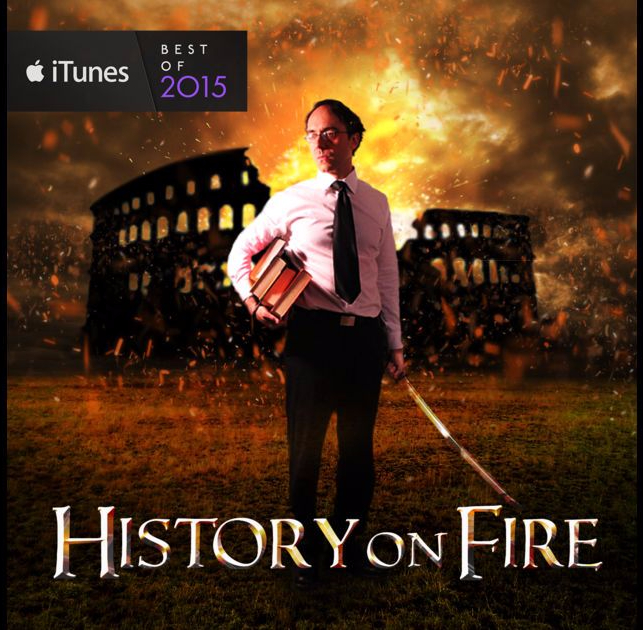 “Philosophy, Fighting, & Martial Arts Mythology” is the subtitle on the cover of On The Warrior’s Path, and really nails the target as to the subject matter contained therein.  But this book is so much more, and the way in which its’ author weaves the tapestry of interconnected and related themes brings to life an elaborate perspective which can be embraced by both the romantic and the pragmatic in us.  Regardless whether your interest is piqued by the martial arts and fighting flavor, the philosophical ruminations, the historical accounts and mythological tales, or some other aspect of this literary art; the reader can expect both classic universal themes as well as fresh insightful perspective which will inspire you to think and to laugh – a true joy to read, and one that was difficult for this reader to set down every time I got the opportunity to pick it back up and continue On The Warrior’s Path with Bolelli.

The tone for this book was set beautifully and masterfully in passages from the Introduction:

“The art of Kung Fu lies not in victory nor in defeat, but in the building of human character……… Kung Fu is not important, but people are.”   – Gichin Funakoshi

“The martial arts are a way, not The Way……… basketball, a drum circle, lifting weights, there are hundreds of possible physical vehicles for spiritual transformation……… the same peak can be reached through hundreds of different paths……… Physical aggression, the most dramatic, obvious, and scary manifestation of conflict, is the training tool used in the martial arts to lose all fear of conflict……… “The Shambala teachings are founded on the premise that there is basic human wisdom that can help solve the world’s problems.  This wisdom does not belong to any one culture or religion, nor does it come only from the West or the East.  Rather, it is a tradition of human warriorship that has existed in many cultures at many times throughout history.”…….. It is character that matters, not ethnicity……… Everything depends on the destination chosen by the individual who walks along the path……… martial arts can only give us what we have the courage to desire.”   – from the Introduction of On The Warrior’s Path

This is where I now skip to the end for a note on the 11th and final chapter of the book – a slight departure from the other chapters, and Bolelli’s attempt to expound upon Bruce Lee’s philosophy of Jeet Kune Do and epistemological anarchism.  In my humble opinion, this chapter alone is worth purchasing the book.  Most any of the plethora of common threads of perspective and understanding I’ve found I almost inherently seem to have with Bruce Lee, Daniele Bolelli, and other individualistic types who inspire me – are subjects and viewpoints explained and related in language for the lay person with brevity and succinctness which makes a great introduction to the subject matter in this publication.

And now going back to the main body of the book, I will share a few notes on each of the first 10 chapters:

Chapter 1, The Body As A Temple:  “There is an incredible difference between those who experience their power only through the mind and those who also feel it in the body.  A person who knows there is a wild wolf living under the skin has less reason to be intimidated by reality.  The body becomes a source of confidence.  Through the body it is possible to discover an inner strength that can help us overcome practical as well as spiritual limits.”  – OTWP

With clear thought and a touch of high drama, Ch. 1 is a clarion call to consider the benefits of the martial way – even offering some clear (and I must say, much needed) criticism of those hollow philosophies which tend to disconnect one’s mind from listening to the signals of the rest of the body’s needs.

Chapter 2, More Than Martial, More Than Art (Martial Arts & The Alteration Of Consciousness):  “The journey begins by going within…….. If wise enough not to leave these newly acquired skills in the dojo, martial artists will then be able to use the “awakened” senses to experience subtler states of consciousness in the midst of everyday life.”  – OTWP

Bolelli makes quite the convincing argument for the ‘martial way’ to enhance the mind, while always keeping good balance by once again reminding us of such lessons as; “There is no “easy, quick method to become a Jedi master in ten simple lessons.””

Chapter 3, In The Company Of A Nomadic Samurai & A Chinese Poet Warrior (The Strategies Of Martial Arts Applies To Everyday Life):  “If you don’t give up your power and your dignity, no one can take it from you.”  – OTWP

Consider this chapter as subversive to authority as it is inspiring to the individual.  The awakening of the senses in a connected mind and body is a type of empowerment that can be a recipe for radical change both in the individual and in the broader world.

Chapter 4, The Princess & The Warrior, The Yin & The Yang (The Feminine In The Martial Arts):  “There is no contradiction between having a warrior’s power and tender feelings.”  – OTWP

In this chapter, the importance of balance and broader perspective is heralded.  The passion of a warrior in battle has some commonalities with the passion of romance, love, and other deep emotions.  A truly well-rounded martial artist will examine their artistic side as much as the ‘martial.’

Chapter 5, The Warrior’s Rites:  “The master is nothing but a guide offering his students the gift of physical technique, and for lack of an ideal teacher, it is up to the students to become their own master.”  – OTWP

Dojos, ‘masters,’ weapons, katas, forms, and styles; the most important lessons may be the ones you learn when you are reminded of your own true greatness and potential.

Chapter 6, Martial Arts, Media, & Myth:  “Used to the flashy techniques employed by movie-martial artists, they are puzzled when they walk into a school and what they see doesn’t correspond to the moves pulled off by Keanu Reeves in The Matrix.”  – OTWP

Not all things are as they seem, and both complex and classic martial arts themes may be all around us in ways you’ve never before considered.

Chapter 7, Six Warrior Archetypes:  “But the spirits of those who fought for their visions don’t dwell only in those places.  A spark of them is in the heart of every human being who knows what it means to live as a warrior.”  – OTWP

Samurais, Ninjas, Searchers, Hermits, Ronin, & Tribal Warriors; all of us are direct blood descendants of a long line of various warrior DNA.  The spirit of a warrior should be readily accessible to any who decide to find their own warrior spirit.

Chapter 8, The Warrior In Bodhisatva:  “The courage of the warrior has nothing to do with displays of machismo or with the rhetoric of football coaches.  It is the courage to take destiny in the palm of our hands and become the leader of our own lives.”  – OTWP

Throwing down the gauntlet and thrashing forward on a sacred cow slaughter-fest, Ch. 8 reveals a side of Bolelli’s worldview which will challenge you and every stale status quo consequence of a shallow world that has managed to become simultaneously the most interconnected people in all of human history while also possibly the most disconnected from each our own self.  Go in with an open mind, and my guess is you’ll come out on the other side of this chapter as a willing warrior to challenge and overcome both personal obstacles and public problems.  Maybe not everyone will be as enthusiastic as this self-admitted street-corner philosopher and martial arts student w/ a lifelong interest in histories and mythologies; but I, for one, was about ready to drop everything and go beg Bolelli to let me train with him after reading this chapter – and I think you might relate to that after you’ve read this book as well.

Chapter 9, Making Order Out Of Chaos (A Typology Of Martial Arts Styles):  “…chapter is an attempt to clarify what the boundaries between different styles stand for.”  – OTWP

Broken down into an admittedly oversimplified model; Bolelli expounds upon the various martial arts styles in the five categories of Performance Arts, Internal Arts, Weapons Arts, Self-Defense Arts, & Combat Sports.  This chapter is a departure from the tone of the rest of the text in its’ more academic subject matter, but I found it to be an immensely informative introduction to a basic understanding of the subject matter – elementary enough for a still relative newcomer to martial arts training like me.

Chapter 10, Finding The Buddha In A Cage (The Difficult Marriage Between Martial Arts Philosophy & No-Holds-Barred Competition:  “…It (the Ultimate Fighting Championship) appeals to the lowest common denominator in our society.”  – Arizona Senator John McCain (in Shamrock 1997)  – OTWP

A great little bit of history about the combat sport aspect of martial arts, and a vindicating nod to Bruce Lee.

My hope is that the reader of this review will be as anxious and excited to read On The Warrior’s Path as was I once I realized the depth of insight with which I was dealing.  On The Warrior’s Path has easily joined in my list of top 100 books, and currently must be one of my top 10 favorites ever.  No matter who you are; if you read this book, I think you’ll be glad you did.

A.G. “Brick” House is an Afghanistan war veteran and former licensed minister (UPCI), who has become an outspoken skeptic, peace advocate, and involved himself in many other issues which he believes affect the individual freedoms of the people whose constitutional rights he took an oath to defend.  He currently resides in southeast Texas where he is recovering from PTSD; enjoys the therapeutic hobbies of creative writing https://chaossection.com/, playing drums/percussion, training in martial arts, and other forms of artistic expression   \m/