A Snapshot Of Political Analysis On The Upcoming 2016 Presidential Election

By A Libertarian Seeking To Be Objective

Please understand that this essay is meant to be taken with a grain of salt, and not as an absolute.  Whatever way attempted political prophecies may be worthy, it is not this author’s intention to be dogmatic in this brief and admittedly oversimplified analysis of the political landscape.  It is simply a ‘thinking exercise’ in pondering likely possibilities and scenarios which may or may not be seen, and it is also conceited that any number of unforseen variables could drastically alter the unfolding of possible events. 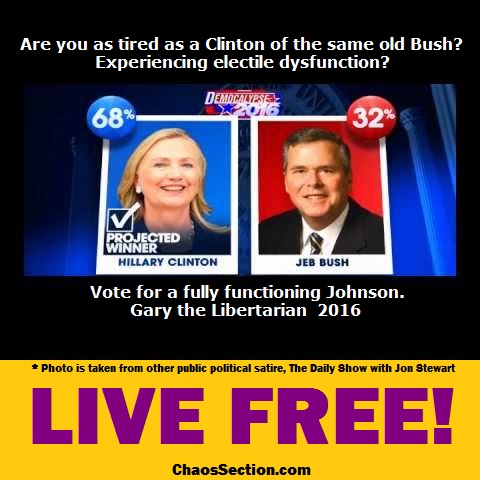 Jeb Bush will be the nominee of the Republican Party for President of the U.S. in 2016. He will be defeated by the Democratic Party nominee, Hillary Clinton, as the Republican Party continues being at civil war in basically 3 factions.  Of these 3 general wings of the Republican Party, any of them may have a large defection of voters to Hillary Clinton.  I think some republican voters’ reasoning will go something like this: I don’t want to vote for Hillary Clinton.  I might be okay with Bush, but I really don’t want to go back to the Bush family so soon for another one of that clan in the White House right now and don’t feel the rest of the country is really excited or in the mood for another Bush either.  The other factions of the party are infighting (for those few voters who are actually observant enough to see what’s going on) and we’re just unstable as a voting block right now.  Under Bill Clinton, we did end up having a booming economy, some balancing budgets, and managed to stay out of any massive wars.  Hillary Clinton does have decades of inside-the-beltway experience, might be a compromise I can live with, and she’s got to be better than Obama. 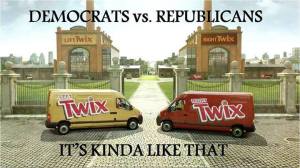 Let’s not forget that it’s also only been since 1992 that a much less experienced candidate from the Clinton family unseated a sitting President Bush in George H.’s re-election campaign, and history has been a net favorable to the two terms of Bill Clinton in the Oval Office.  Recent history has not been so favorable to the Bush side of what looks eerily more all the time like an oligarchy or feuding monarchs.  The only republican presidents since 1989 have been the George Bush father and son combo, which makes them the only presidential face of the Republican Party to a large swath of many younger Americans and republican voters – a face that seems to have more egg on it the more we see the repercussions of their presidencies.
Of the 3 Republican Party factions; I see many of the more secular and affluent corporate wing simply finding Hillary Clinton as a livable place-holder because she’s at least a household brand name that could offer stability and even predictability to some extent.  The libertarian faction of the Republican Party will be screaming ‘Rand Paul or bust,’ 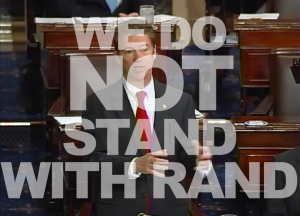 and some may defect to a host of other marginal political parties and candidates – I think even some libertarians will prefer the steady hand of Hillary Clinton to an unpredictable Jeb Bush (who might have to be constantly juggling the ‘neo-con war-hawks vs. small government non-interventionists’ in his own political party).  The 3rd faction (and the part of the republican voting base that puts in the majority of the grassroots elbow-grease) are the ‘religious right.’  This demographic of the Republican establishment is currently in utter disarray, losing steam faster than any other major American voting demographic, and the most likely to remain loyal Republican Party voters (unless the infighting really pisses them off enough to overcome their fears of what happens if they don’t vote for Bush that they stay home on election day). 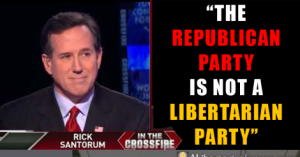 I would mention here that this whole brief summary of this one possible scenario is oversimplified for brevity and utility.  Among the plethora of tangent topics relevant to this conversation is the fact that the Democratic Party has its’ own problems with holding its’ long-established political alliances together as well, but they ultimately won’t be as significant as to severely endanger Hillary Clinton’s prospects of becoming the next President of the United States.

In the last few presidential cycles, I voted for Republican Primary candidate Ron Paul and the Libertarian Party candidate in the general election.  At least for now and until the political landscape unfolds a bit further, I expect I’ll probably be voting for Gary Johnson for president again in the general election for POTUS in 2016.  I’ve witnessed enough from the modern American political system and its’ problems to be roped in by either of the two major political parties any more.  They’re as much the enemy of American freedom, peace, prosperity, and security as any terrorist group.  The Republican & Democratic Parties offer only big government that will grow in size, scope, power, authority, and budget.  Repeating these same old self-destructive patterns of status quo politics is much more frightening than change for many of us at this point.  Something’s gotta’ give.  Unfortunately, I can’t see that it really will any time soon.  While I may try to vote closer to my principles with someone like Gary Johnson, the most objective observation I can muster tells me Hillary Clinton will be taking the oath of office as President of the United States on January 20th of 2017. 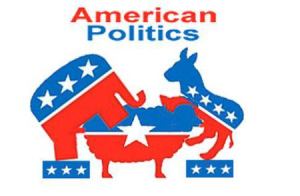 Sure; posting a political analysis and prediction like this can seem a little presumptuous, and I could totally end up eating crow – but I’ve seen this movie too many times now, and learned enough history before my own lifetime’s observations – all the presidential elections are just reruns of the last election, and the results are the same: some corporate whore with a silver spoon in his/her mouth gets elected POTUS despite any grassroots or popular movement to affect real change, the wealthy and powerful political elites retain the horrifying status quo again, and the rest of us get the bill and a government boot on our throat.  The Bushes & Clintons of the world win, and freedom loses again. 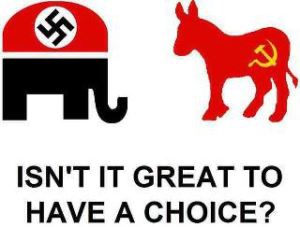 So, this has been one libertarian’s attempt to offer an objective analysis of the presidential political landscape at this moment which is still 18 months before the general election vote.  I didn’t say that anybody (including myself) would like it, or that it would be pretty – just one honest perspective of this snapshot in American political history.

A.G. “Brick” House is an Afghanistan war veteran and former licensed minister (UPCI), who has become an outspoken skeptic, peace advocate, and involved himself in many other issues which he believes affect the individual freedoms of the people whose constitutional rights he took an oath to defend.  He currently resides in the heart of Tennessee with his companion dog ‘Liberty,’ where he is recovering from PTSD, enjoys the therapeutic hobbies of gardening, creative writing  https://chaossection.com/, playing drums in the metal band Outlaw Serenade http://www.outlawserenade.com/, and other forms of artistic expression   \m/ 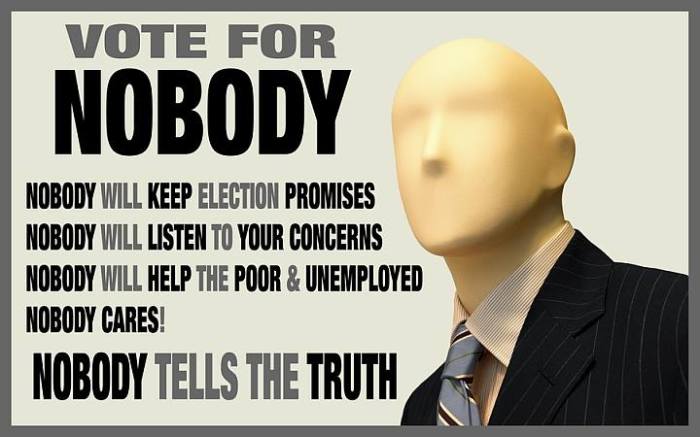 “Chaos is what we've lost touch with. This is why it is given a bad name. It is feared by the dominant archetype of our world, which is Ego, which clenches because its existence is defined in terms of control.” ― Terence McKenna
Loading Comments...
Comment
×
%d bloggers like this: