It’s hard to turn on the TV or scroll through Facebook these days without seeing a story about Chris Kyle or the Clint Eastwood film, “American Sniper.” Whether you are pro or con Kyle, it’s difficult to argue that, right now, our country seems to be consumed with this man’s life. As an associate member of the organization Veterans for Peace, I am quite sure you can surmise which side of the aisle I stand on; however, just in case there is any confusion, let me make things crystal clear: I am not a fan. I will admit that, prior to his death, I knew absolutely nothing about the man, and after his death, anything that I have learned has come from reading interviews and watching his talk show appearances.

I had every intention of sitting down to watch “American Sniper” this morning, just to see what all the hoopla was about. I don’t know if it was divine intervention or the fact that all electronics seem to hate me, but either way, I could not figure out how to get the audio on the DVD to work and I abandoned my mission. It was then that I realized it was probably best for me to read his own words and the words of people who knew him well, rather than be influenced by the Hollywood version of Kyle.

I’m not going to lie. I have extremely strong opinions, and at times I find it’s very challenging for me to keep an open mind about certain issues; but I try. While I understand that our military has been sent overseas with a job to do, I am still very leery when the establishment tries to force an “American hero” down my throat, especially when the establishment and I rarely see things eye to eye.

On the heels of the Kyle phenomenon, I decided to come home Friday night to watch the film co-directed by Phil Donahue and Ellen Spiro called “Body of War,” a film diametrically opposed to “American Sniper” in almost every way. While one is a big budget, star-studded Hollywood blockbuster, the other is a small budget documentary about Iraq War veteran Tomas Young. Tomas had only been in Iraq five days when he was hit by two bullets during a battle in Sadr City, one of which severed his spinal column, leaving him paralyzed from the chest down.

On September 13, 2001, only two days after the Towers fell, Thomas called his local recruiter, wanting to “strike back” at those who had brought so much death and destruction to this country. Tomas was not the only person compelled to join the military in the wake of September 11–after the attacks, there was a rise in enlistment that would continue on for several years. On more than one occasion, Tomas mentioned watching Bush as he stood on the pile of smoking rubble, bullhorn in hand, rallying the country behind a war(s) that would end up costing trillions of dollars and thousands of American lives, not to mention the estimated 350,000 innocent civilians who would be–and still are being–killed.

Tomas had also stated numerous times that, had he been sent to Afghanistan, he would have been able to accept his injuries as a consequence of his own decision. What Tomas could never reconcile was why Bush and Company sent him to Iraq.

After being shot, Tomas was bounced around between several different military hospitals but  never received the proper care his injuries required. He was basically treated like a piece of meat that the military had no further use for. They tossed him in the pile alongside the countless other veterans who were also in dire need of legitimate care. I may have my own personal feelings about war, but if my tax dollars are good enough for the U.S. government to send these young men and women off  to die, or to be maimed and suffer the emotional trauma that only people who have seen war know, then they sure as hell better be prepared to take care of them upon their return.

When Tomas came home, it was not long before he became one of the most outspoken critics of the Iraq war; he was also one of the early members of the advocacy group Iraq Veterans Against the War. One of the things that struck me the deepest while watching the film was when Tomas said he did not discharge his weapon once, because all he saw were women and children running. While each of us may have our own unique definition of what it means to be a hero, this is undoubtedly mine.

Right now, there seems to be two narratives in this country when it comes to the war(s), but only one is getting any real airtime. The media and the government, the “Masters of War,” do not want you to know Tomas’ story. If they did, he would have been more than a footnote when he passed away on November 10, 2014, as a result of his injuries in Iraq. Instead, they want us to worship a guy like Chris Kyle who in interviews claims to have no remorse for killing, by his account, 255 human beings in a land that the majority of us (53%) have come to realize we should have never invaded to begin with.

I have several friends who were in Iraq, and I cannot even begin to fathom what it would be like to find myself in a “kill or be killed” situation. I can’t even pretend to. But what I do know is that after you survive, after you come home, after you look at the facts, there really has to be some kind of a reckoning. I did not know Kyle, and I did not know Tomas Young; but I do know that as an American taxpayer who finances these horrific things to which I am morally opposed, I have a duty to speak out against them whenever, and wherever, possible.

In my research, I found that Kyle was a guy who told a lot of questionable tales. From the story about beating up Jesse Ventura after a funeral, to saying he shot and killed two guys at a gas station after they attempted to carjack him, to his claim that he shot up to thirty looters during Hurricane Katrina, it seems to me that Kyle may have had his own internal struggles after returning home. Jesse Ventura vehemently denied the incident with Kyle ever took place and sued both him and his publisher for defamation of character. Even with the carjacking and Katrina stories (neither of which could be validated) being blocked from the courtroom, Jesse Ventura still managed to win the case and was awarded 1.8 million dollars. It’s not my job to figure out why Kyle would say such things, nor is it my job to judge Kyle for them. All I know is that there are a lot of questions surrounding him that the American people seem quite content to ignore.

This past November, Veterans Day came the day after Tomas passed away, and while grabbing my coffee that morning, I heard our local radio station ask people to call in with music requests for veterans. I felt compelled to call in and dedicate some Rage Against the Machine for Tomas. The DJ asked me about him, and when I told him that Tomas was an outspoken veteran and peace activist who had recently passed, he said, “Cynthia, while I totally agree with Tomas and his stance on the war, I will have to edit that out–it’s too controversial.” As someone who has seen firsthand how the word “peace” has been defiled and vilified in this country, it still managed to catch me off-guard, and while I knew two months ago that something needed to be written about it, it wasn’t until recently that I felt compelled to do so.

I can’t for the life of me figure out how we got to the point in this country where the word “peace” is controversial, yet a man who claims to have killed 255 people, some of them women and children, becomes the “hero.” It truly baffles me. As a nation, we can sit and argue over a guy like Kyle vs a guy like Young until we are blue in the face, but until we are willing to take a real honest inventory of the facts, ourselves, and why we feel that we, as citizens, are not culpable, we will be doomed to repeat the same wars, over and over. In fact, we already are. 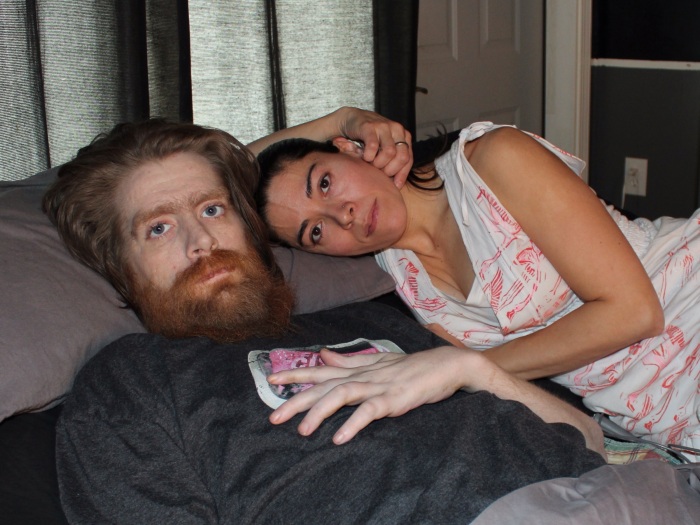 Author: Cynthia Tarana is a heavily tattooed Ex-Con with no college education and very bad punctuation. She currently lives on Long Island, NY where she pays extremely high taxes, likes to drink, rage against the machine and shop at the GAP. 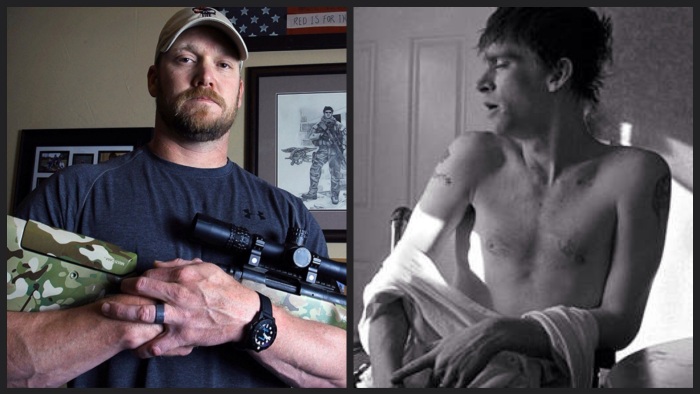 17 thoughts on “Chris Kyle vs Tomas Young: The Real War in America”