There are a few issues that are near and dear to my heart. One of them is my love and support of US military veterans, especially those who have served in Operation Enduring Freedom or Operation Iraqi Freedom. It has become my life mission to help my brothers who suffer from the oftentimes debilitating effects of PTSD. My goal is to help transform these Veterans into productive citizens again. Our current government policies give them a small stipend every month and a truck full of medication to treat their PTSD. Treat PTSD, never cure. But there is a cure – and it lies in the Amazon Jungle. Some have called this jungle medicine Ayahuasca; others have called it 30 years of therapy in one night. This is a very real cure to a problem that western medicine only treats. Unfortunately, as there is no money in curing PTSD (or any other illness), the big pharmaceutical companies will likely never get behind Ayahuasca.

A Little Bit About My Background

Coming from a modest family in the blue-collar town of New Lenox, Illinois, not much was expected of you. Graduate high school, work for the rail road, and buy a home. That was “success” in this small Chicago suburb. I always felt that this wasn’t my destiny. It seemed to me that at some point these people just gave up and accepted what was given to them. Never try to exceed expectations, just meet them. After graduating high school, I joined the military.

Two years later, I found myself in Umm Qasr, Iraq boarding vessels in support of UN Sanction 916, ensuring Iraq wasn’t importing WMDs or exporting oil. The date: September 11th, 2001. I can’t even begin to imagine what it was like for people in the U.S. From that point forward, everything changed for all of us. I earned several awards during that mission and was even lucky enough to head back for the end of “Operation Enduring Freedom” and the start of “Operation Iraqi Freedom.” As my final year of my initial enlistment was approaching, I came to the conclusion that my purpose in life was not a career in the military. I felt I was better suited for the civilian sector and I wished to obtain my education. After leaving the service, I knew it was time to go to college. My first few semesters, I hit the ground running. However, I still had the “I don’t give a fuck attitude,” which I’ve only recently shook. I withdrew from school after three semesters of nearly 4.0 course work. That same “I don’t give a fuck attitude” or IDGAF, quickly landed me an opportunity to interview for Merrill Lynch as an account executive or, in those days, a “financial adviser.” Unlike many of my comrades, I had the gift of gab behind my sails and the IDGAF attitude driving me forward. I was quickly hired. In 2006 I joined the Beverly Hills office of Merrill Lynch as an investment adviser with absolutely no experience. In 2008 the market crashed. Possible coincidence? We’ll never know. But I did quite well – even in this market downturn. And still, I always knew something was missing.

Five years into a job I didn’t deserve, the IDGAF had me pushing harder and harder. I soon found myself in NYC, surrounded by quite possibly the worst people in the world. New York itself wasn’t bad. And my issue was with the dodgy financial fucks, not the nine to fivers earning a living. I lasted little longer than 15 months in that cesspool.

During this entire time, from college drop out to white-collar job, my anxiety was through the roof and my drinking was top-notch. I truly passed out every night and came to every morning. I do apologize for quite the back-story, but I feel it’s very appropriate to understand not only the PTSD from which I was suffering, but also the ENORMOUS ego that I had developed.

I first heard about the symptoms of Post Traumatic Stress Disorder from several of my old shipmates who were actually receiving PTSD benefits from the VA. They were on the same mission as I; however, I declined to ever visit a doctor. They were weak, I was strong. I could close any deal. Girls, cops, etc… It didn’t matter. I was the silver-tongued bandit: indestructible. My drinking was still very out of control – but also very in control… now that I had added Adderall to the mix. You just take two pills at four in the morning and have a productive work day, regardless of sleep status. There was a train coming directly at me that I could see… and I didn’t give a fuck. It was by the grace of my god that I lived in Los Angeles. Because I had a shitty commute, it pushed me to start listening to podcasts.

It was a Graham Hancock interview via the Mysterious Universe podcast where I first learned about Ayahuasca. I had experimented plenty with psychedelics as a youngster and this had me intrigued. It took me nearly a year to finally pull the trigger on a trip. I stewed over the many centers’ online reviews. I read countless articles showing the dark side of Ayahuasca tourism. I emailed every talking head on the subject to no avail. I wanted to know the forbidden question: WHERE THE FUCK DO I GO? Well, I will tell you right here and now folks, if you are interested, go to Nihue Rao. I certainly didn’t want my shaman to be a bug-eyed, Orange County trustfund baby (Hamilton Suckmycock or something) who was younger than me; I’m 33. I couldn’t be more pleased with my experience at Nihue – it was clean, affordable, and very safe. 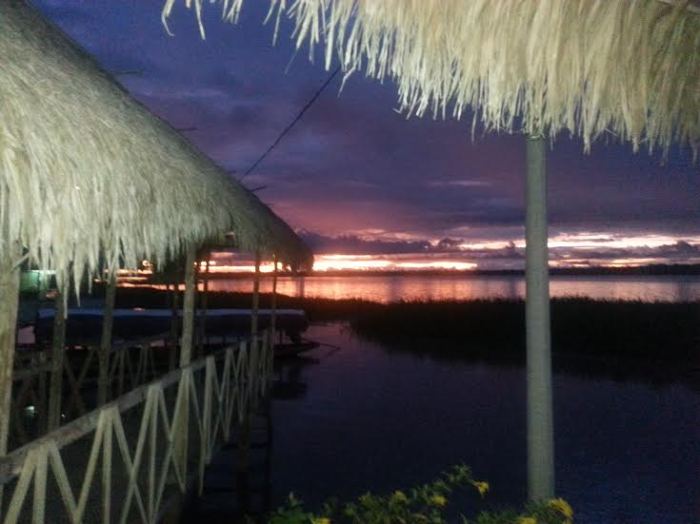 My “Trip” to the Amazon

My biggest concerns prior to “stepping into the fire” were: a) I would DIE, b) I would devote my life to Ayahuasca, or c) the Shahman’s would ask me for my PIN number during the ceremony and rob me. Well, let me tell you folks, none of those things happened. I am now sharing this amazing medicine with friends via a crowd funding campaign, but that pretty much draws the line of my interaction with the medicine. I set my intention and achieved it.

Ayahuasca tastes okay the first time and progressively gets worse and worse and worse and worse. You’ll nearly throw up by your fourth session just thinking about it. As for the barfing/shitting? A bunch of bullshit. I had the shits day one and that was it. Once the Dieta kicks in you are fine. They say in Peru, “Never trust an Ayahuasca fart.” Well, I let those things rip with no trouble! As for throwing up, yep, you’ll do it, but you’ll learn to enjoy it. I recommend doing Kambô if possible the day before to get use to purging and to have some new wicked scars. On the days that we weren’t drinking Ayahuasca, I would drink the Vomito to force a purge. I had learned in my years of hard-drinking not to throw up – it felt pretty good yacking completely straight.

I’m not going to write extensively about my personal Ayahuasca experience… but know this: my intention was to figure out what I should do. That question was answered and yes, I met a man in the clouds. When I asked him if he was “God,” he simply replied, “That’s a stupid question.”

I know this may sound crazy to some of you. And I understand why. But trust me when I tell you that it completely changed my life. I took a chance and headed down to the Amazon rather than fill yet another anti-depressant prescription. Enough time has passed in which I know this was an effective cure for my PTSD and it’s time to share it with my fellow veterans. Please consider helping this cause by donating just a few pennies…

Thank you for your time and support. 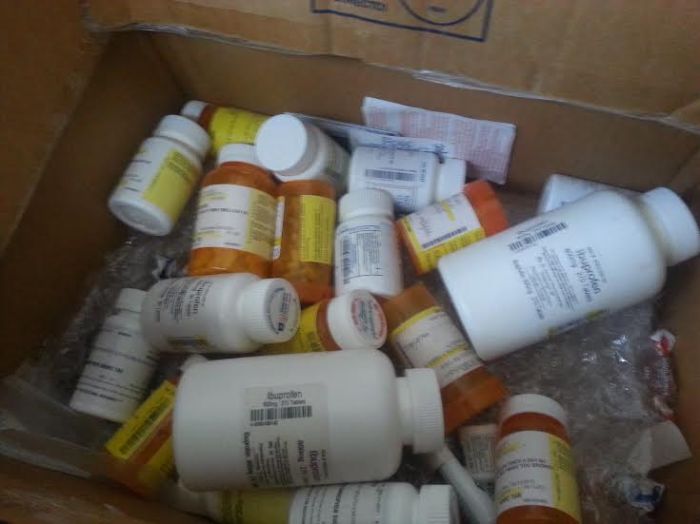 My “Medications” prior to my Ayahuasca Experience

Author: Charlie Carter is a Veteran of the wars in Afghanistan and Iraq who now focuses his efforts on helping other veterans cure their PTSD through the use of Ayahuasca medicine. If you’d like to support his mission, please consider making a donation to his GoFundMe account.

Other Resources on Ayahuasca Therapy

• Multidisciplinary Association for Psychedelic Studies: Consideration of Ayahuasca for the Treatment

of Posttraumatic Stress Disorder
• Emmy Award – Winning Former CNN Journalist, Amber Lyon: How Psychedelics Saved My Life
• AYAHUASCA CAN CHANGE YOUR LIFE
• To Hell and Back: Ayahuasca Healing in Peru