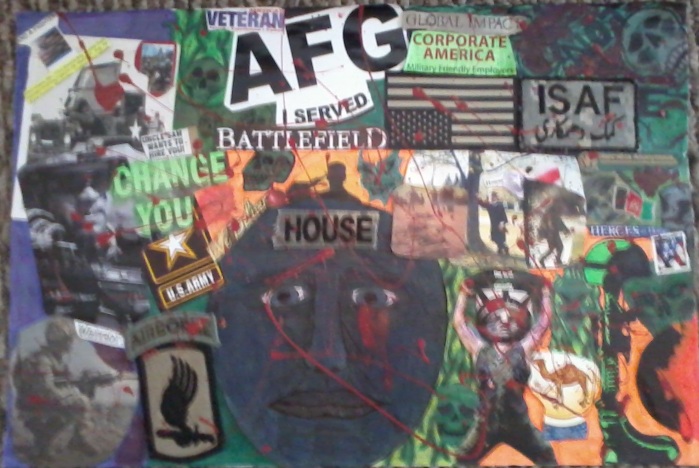 For some, coping with the symptoms of Post Traumatic Stress Disorder (PTSD) can seem much like trying to have some semblance of a life while existing in the bowels of Hell. It is this struggle that has forced me and many I know to make many adjustments to re-enter a “normal” civilian life. Crowded public places are no longer annoying, but unbearable at times. Sudden loud sounds are no longer startling as much as totally un-nerving. Insomnia, anxiety attacks, and migraines are sometimes the norm; although it may be going a little too far to say that one can ever really ‘get used to’ the symptoms. For those who even achieve the miracle of actually being willing to face PTSD head-on, that is only the beginning of the obstacles those afflicted must negotiate. The only people who recover and reclaim a little piece of life are those who make the conscious decision to do so, and not even then can a successful recovery be guaranteed. It can require a massive amount of support for someone suffering from PTSD to be in any way functional among other people again.

I have had the good fortune of a pretty strong network of support by good people around me on my own road to recovery from PTSD. It has been a tough row to hoe as I was hospitalized on multiple 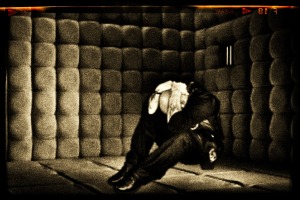 occasions and had a few more than embarrassing moments in public when my symptoms were particularly bad. A few of the professional care-givers I’ve worked with have helped me learn how to manage my symptoms in a way that at one point I would never have believed possible. Some of my family has been there for me and helped me more than I ever thought I might actually need it. And, some of my buddies and peers in the military and in therapy have made all the difference in the world. Other than that, I must simply recommend that one who suffers with PTSD find what works for them – as it is my experience that what works for each person as coping mechanisms is very individually specific. I’ve found a few things that work for me, but they may not be the answer for anyone else. Becoming proficient at diaphragmatic breathing is probably the best tool anyone can have in their belt for a plethora of anxiety issues. I don’t know what I would do w/o my medically referred companion dog, Liberty. I highly suggest checking into the preference of many over a slew of questionable pharmaceuticals the possibility of medical cannabis. Keeping yourself surrounded by good people who genuinely care can’t be stressed enough. And, finding some hobby (such as playing an instrument) for which you can have a genuine passion may prove as invaluable to you as it has been to me in recovery. It is on the musical note that I write this post.

I started playing drums and played for about 3 years in high school in the mid 90’s. As life got a little more complicated and supporting my new family took seat above all other priorities, playing drums faded into my past and was nothing more than a memory and an occasional itch in my hands to tap, tap, tap. Fast forward to 2009 as I’m being hospitalized for chronic severe PTSD following a tour in Afghanistan, and along comes a music therapy program complete with a drum set open for tapping. My itch got worse, and I discovered this old passion held healing qualities for which was all the more reason to reunite with this old flame. About 2 years ago, I had finally gotten some of my own equipment again and began re-learning my old drum lessons. Over time, I found that I could channel my anxiety into my practice and that the focus required to become a solid drummer was noticeably helping me to balance myself and my life again. I can honestly say that picking up drumming again may have been the best thing I’ve ever done for my own health – at least my mental health. Although I was loving practicing and playing again, I still was apprehensive about playing in public or being part of a band that would be depending on me not to have a debilitating PTSD “moment” at the wrong time that would ruin a show. With the encouragement of my friends, I eventually overcame my reluctance to include anyone else in my very personal “two-stick revolution,” and recently became the drummer for the metal band, Outlaw Serenade. I had been learning an average of about a song a month along with my other practice exercises, but Outlaw Serenade accepted me as their drummer after a couple of auditions and informed me we had about 10 weeks to learn about 10 songs in time for a New Year’s Eve show with Medicine Mann & Killing Grace at the Rutledge in downtown Nashville. This ‘baptism by fire’ culminated on Tuesday night, Dec. 31st, 2013 with me performing my first show with any band ever. To support my new endeavor and to celebrate a milestone in my recovery, several buddies from the unit I went to Afghanistan with came in from around the country. This video marks a special moment in time for me, and is humbly dedicated to those who have been there for me – as well as all those who know what it’s like to punch time-cards in your own personal hell:

A.G. (BRICK) House is an Afghanistan war veteran and former licensed minister (UPCI), who has become an outspoken skeptic, peace advocate, and involved himself in many other issues which he believes affect the individual freedoms of the people whose constitutional rights he took an oath to defend.  He currently resides in the heart of Tennessee with his companion dog ‘Liberty,’ where he is recovering from PTSD, enjoys the therapeutic hobbies of gardening, creative writing https://chaossection.com/, playing drums in the heavy metal band Outlaw Serenade http://www.outlawserenade.com/, and other forms of artistic expression   \m/

One thought on “Hell’s Open for Business”