The Austin morning promised an equally beautiful afternoon, with projected temps barely passing the 90 degree mark—fantabulous weather for a show of force on the Capitol steps. I thought we’d arrived much too late to make it inside the building and up three flights of stairs to the Senate gallery, but by some serendipitous warp in the space-time continuum, we climbed the stairs to the closed door to find only a handful of folks had arrived before us. Someone had to witness if these Senate clowns tried to pull a quick one with SB 9 so we settled in for a wait, leaving the music and festivities to the ebullient crowd downstairs.

And wait we did, for the better part of three hours. We chatted and relayed information, most of it garnered from Facebook and Twitter images, about the growing crowd outside on the Capitol grounds. A flock of pro-life peeps thought to start a round of inspirational hymns in the rotunda just off the corridor where we waited. Their repertoire was limited to one song, however, so we were treated to a repetitive chorus of “Amazing Grace,” nonstop. Meanwhile, the lively crowd outside sang along with Natalie Maines, danced in the sun and ate muffins. Some of them got wind that church was happening in the rotunda, so in they charged, counter-chanting and clapping to their own songs. That provided some much needed entertainment for our bored selves, and helped some of us (i.e., me) forget that it was almost two o’clock, and hadn’t we (I) forgotten to eat today…?

Shortly after, another roar from the rotunda had us rushing to the railing and there, three floors below, was a smiling, waving Wendy Davis and Leticia Van de Putte, making their way to the senate chamber, reporters and cameras trailing in their wake. And then things quieted down again. Susan B. Anthony wandered by, graciously pausing for photos. A woman in an American flag bodysuit bounded up the steps to see what was going on up here, but it must have been too slow for her, and she left.

Finally, a troop of khaki-clad ninjas wearing cowboy hats and shiny badges gathered at the door of the gallery, and we knew the time to enter was nigh. First things first, though: no food or drinks in the chamber, throw it away here. Damn. There went my quart of coconut water, in the trash. That one hurt.

We entered the gallery overlooking the empty chamber. I’d never been there before and it didn’t seem too magical to me—just an open, carpeted space with rows of desks and an unappealing air of power brokering and Robert’s Rules of Order. I was underwhelmed. We took our seats, nodding to the row of suffragettes sitting next to us. The place smelled like school. Interns scooted here and there, admonishing people to remove their hats. Senators and their aids started filing in below. Everyone was asked to stand and bow their heads for the invocation. I stood and did what I always do when given those instructions: looked around to see who else was looking around. Now it smelled like church rather than school, and I have really bad memories of both.

The role was called and a quorom determined. Bang! bang! went the gavel, and the Lt. Gov.’s voice rang out. My lip curled involuntarily, but I did nothing to stifle the impulse. Some parliamentary points of order were addressed, and Senator Watson peppered Dewhurst with procedural questions about how he intended to maintain order in the gallery. Senator West was recognized, and he asked if the Lt. Gov. was aware that the clock on the wall was two minutes slow. Yep, he was aware and he might try to get that fixed before the vote. That’s it, y’all? Cool. Adjourned until July 9, eleven A.M. Bang! with the gavel again. The “unruly mob” filed out. Now attention turns to HB 2 on the House side of the rotunda.

That’s it, boys and girls. That’s how civic activism works. Some of it can be fun and rewarding, especially when you trip the other guys up. But mostly it’s tedious and boring, the gears grind slowly, and you gotta be in it for the long haul. So I reckon it’s no wonder that people lose interest—after all, the modern American attention span is equivalent to that of a moth. Only, sometimes the perfect storm blows in and when it does, believe me, you want to be there, smack dab in the middle of history in the making; or, as in this case, herstory. Wake up tomorrow morning, and things might not look much different. But when the tide has turned, you know it.

Author: Teri Wills Allison is nobody special…just an angsty, dirt-worshiping plant whisperer who functions best in her garden and in the company of horses and barnyard fowl. She embraces the Gaia hypothesis, hates wearing eyeglasses, frets over the Oxford comma and labors under the illusion that her words might somehow have an impact on someone, somewhere. Teri deeply regrets not having done more to leave her children and grandchildren a cleaner, greener, more peaceful world, and dreams that her efforts to make up for lost time will bear fruit beyond the wildest imaginings. Her favorite quote is from Isadora Duncan, to wit: You were once wild here. Don’t let them tame you. 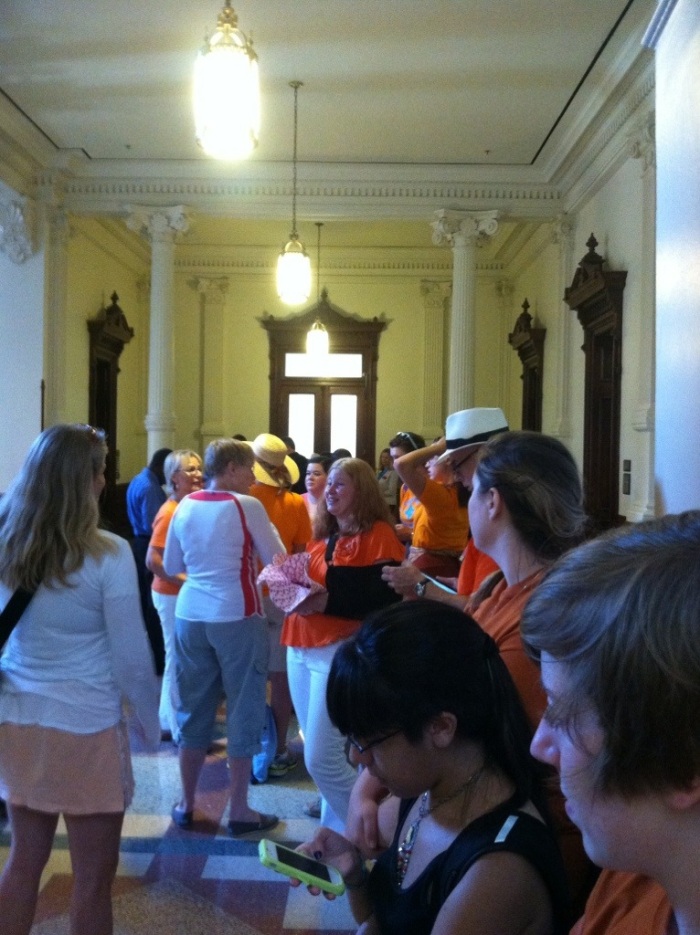 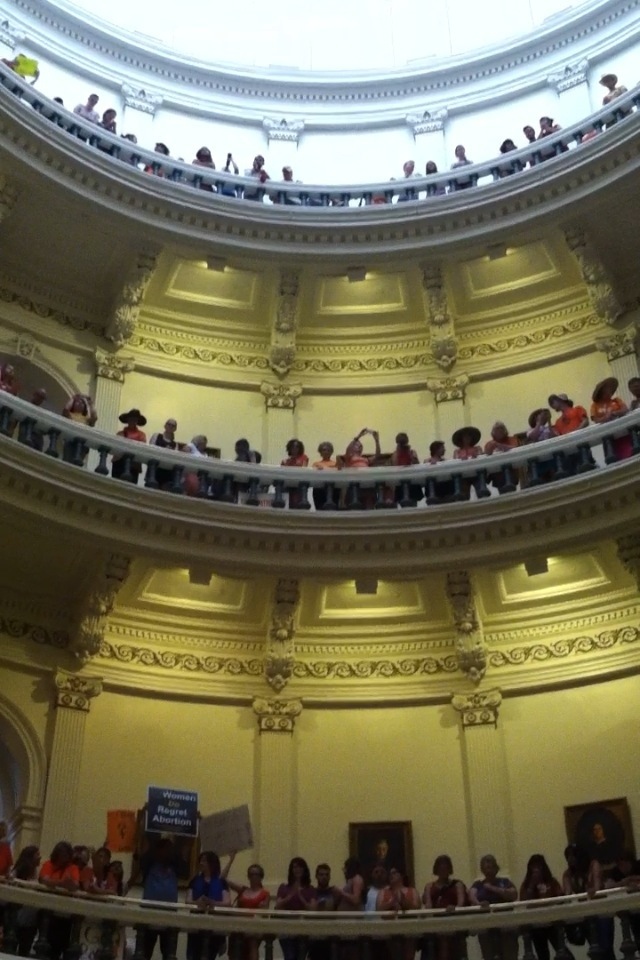 2 thoughts on “Is That All There Is? Or, Herstory in the Making”