I’m a busy man, you know. Why, there are sporting events to handicap, critters and gardens to be tended plus family functions, social and otherwise, which are crucial to staying in the wills of wealthy kinfolk. And, oh yeah, keeping up with my facebook friends.

My point is I don’t have a lot of time to keep up with the latest anything, from movies and music to electronics and who’s fucking who on the Jersey Shore. Or is that who’s fucking whom? What’s the plural for whom? Weren’t most of those folks fucking each other at one point or another? Probably doesn’t matter in the long run.

OK, my real point is even though I have accepted that I do not keep up with a big chunk of the latest culture and technology, it is still embarrassing to come across something that is eight years old and you wonder how you’ve lived that long without it.

There are some, including possibly my wife, who would tell you that I have recently developed a fascination for guitarist Cindy Cashdollar. I use the word fascination because obsession, fixation, and other make me sound more like some obsessed, stalking old dude, which I could easily be if not for all of the things I told you about earlier that I have going on in my life. Scroll up, if you missed that part.

It is entirely true that I have not missed one of her shows this summer at Gruene Hall and only recently started to listen to a lot of her stuff after being something of a peripheral fan for many years. But getting the chance to see her along with Erik Hokkanen and several others who perform under the Flat Top Jones name only spurred the interest. Like I said, I’m behind the times.

The 8-year-old album that has me kicking my ample backside for not having in my possession at least 7.99 years is a collaboration Cindy did in 2004 with the likes of Sonny Landreth, Marcia Ball, Johnny Nicholas, Redd Volkaert, Herb Remington and, well, you get the picture. It’s titled Slide Show, and includes a cover of an old 1930s classic by Kokomo Arnold that happens to be one of my favorite songs ever, Milk Cow Blues. I’ve heard a lot of different folks cover this tune, including Flat Top Jones, but this rendition that Cashdollar does with Nicholas is a pure Southern blues instead of the country swing style of Bob Wills or Flat Top Jones. Did I mention them yet, Flat Top Jones? Gruene Hall the last Saturday of each month.

Anyway, this album is worth the price for the first song only that she does with Landreth. That and the fact my copy of the CD is autographed which should theoretically make it worth a lot more. Maybe I can get Landreth to sign it sometime he comes into this neck o’ the woods, that is if I have the time in my busy schedule, obviously.

About the Author: A crotchety old man since his birth during Gen. Eisenhower’s first term as US president, Willie B. Lakey resides in the bee-yoo-tiful Texas Hill Country along with his wife, too many cats and his beloved beer fridge. Employed as an overworked and underpaid freelance sportswriter, his few moments of happiness usually come when communing with critters, tending his garden or sippin’ cold beer and enjoying tunes at Gruene Hall. 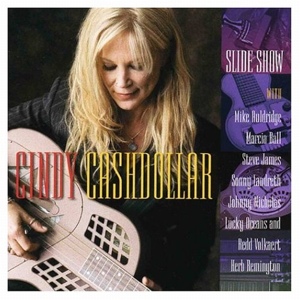